HUMAN KIND They are the blissfully ignorant, typically unaware of the supernaturals that pass through their lives everyday. Join as a human and lead the average life until a supernatural crosses your path and makes you question everything you’ve ever known. Avoid or face challenges head on while choosing to fear, accept, or be astounded by the true world around you or simply continue on with your peaceful life. 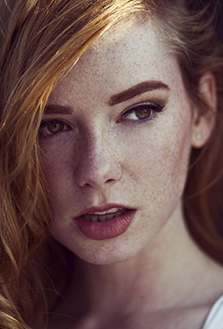 MAYOR KERRIGAN ELAINE HARLOW Ian
Pale skin, marked only by a constellation of freckles that cross the bridge of her nose and cheeks. Hazel eyes that always seem to be pensive, lost deep in thought but at the same time ever focused. Flame-bright orange-red hair falls on just past her shoulders, never a strand out of place despite the waves looking as if they would easily get out of hand. A crown or necklace of flowers almost always on her person. All of these features come together in an effortless beauty, come together to form the one and only Kerrigan Elaine Harlow. A powerful queer woman, one whose wit and intellect is often unmatched. One may suggest that this has made her callous, the air of superiority edged deep within her gaze. Perhaps this is true. Despite this, though, knowing that she is two steps ahead of everyone else in the room, she is a charasmatic sort on the outside. The kind of ethereal being that one would desire to trust, perhaps too easily. She makes herself easy to talk to, and many cannot seem to help letting her into their darkest secrets. Of course, this is a fatal mistake. You see, despite her easy smile that balances off the intimidation that comes with the way she seems to control the room she's in, she is a creature not to be trusted. After all, the only person who matters to Kerrigan is, well, Kerrigan. In almost any circumstance, one should guess that Kerrigan can and will put herself first. If that means that others are thrown under the bus, that secrets told in confidence get leaked, well, so be it. She's never claimed to be a hero, after all. In fact, she is fully aware of the fact that she's a lawful evil, or really a neutral evil. Although she has a penchant for the law - it isn't wise to cross the rules she suggests ought to govern the world - she never claims to have good intentions. She understands that she is a story book villain, one who has no qualms with turning against people at a moments notice and doing things for her own gain. At least, most of the time. Typically, she is even colder to those that are close to her, as she can drop the facade of friendly and trustworthy. Every once in a while, though, someone can break this. It is not easy, of course, and she'd rather set herself on fire before admitting that it's possible. However, just as every hero has his kryptonite, so does every villain. Do you have what it takes to be hers? 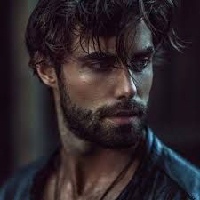 ARLO BIANCHI delrowe
Dismissive is one word to describe him. Callous would be another. Arlo is a simple man upon first impression, but is actually rather complex once you begin to break down the many hardened walls he's placed in front of himself. His demeanor gives off the idea that everything is expendable. He doesn't ever give anything the opportunity to hurt him by not being there. This trait makes relationships difficult, whether it be a friend or a lover. Arlo was born and raised in a small town in Italy. His home life is a somewhat tragic story but that's for another time. He worked hard, saved his money, and finally moved to the states at the age of twenty. He found his way to New York and has never looked back. He's made a name for himself here, one that often finds him in a bar swooning some unsuspecting woman into having a good time with him. He's a ladies man for sure. Despite his non-nonchalant behavior, Arlo is very intelligent. Borderline genius, in fact. He's into music and tinkering on things that he probably shouldn't be messing with. His dark brown hair is always perfectly tousled and his steely grey eyes can stop someone in their tracks. There's a lot to him and if you ever open that vault, you'd be surprised what you could find or you might get more than you ever bargained for.
TWENTY-SEVEN/ SINGLE/ NO CHILDREN 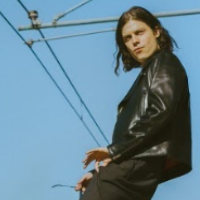 JENSEN EVANS houdini
Jensen is the definition of chaotic neutral. You never really know what side he's on until you're either stabbed in the back (metaphorically), or you're watching your enemies get slandered in the local paper. He may be human, but he knows just as much about the supernatural world as any hunter, having managed to get his hands on a copy of the bestiary after college. Jensen could've easily become a trainee in the organization, but he had no desire or motivation to kill supernaturals all day, and besides, he'd rather befriend everyone and have powerful allies. In terms of college, he was in it for about a year before he got bored of having the same classes all the time. So he stopped showing up to them, instead dropping in on whatever class he found most interesting that day. By doing so, he learned a lot. He also made friends and took turns sleeping in their dorms, borrowing their different textbooks when they were asleep to learn more. Jensen is a huge manipulator, and he's incredibly clever when it comes to getting things he wants. Usually stories, since he's a pretty well-known journalist. Of course, that means he's made enemies over the years, but he has his friends to help him out of sticky situations. On the off chance he doesn't have anyone to help him out, he'll try his best to talk himself out of it, and if that doesn't work, he's screwed, seeing as he has next to no physical capability. Even though he constantly seems to forget this, and unintentionally starts fights with people (and supernaturals) way stronger than him. He's had some touch-and-go encounters with pretty much every species, and hunters, but he's survived this long with his wits and he doesn't plan on stopping what he's doing anytime soon.
TWENTY-SEVEN/ SINGLE/ NO CHILDREN 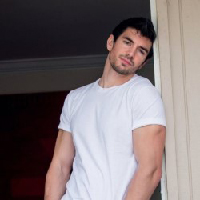 MASON JONAH MAYES II pseudo
Mason Mayes is the youngest son of two lifelong dairy farmers and was raised working along side them from the time he could walk. Typical good 'ol boy through and through, he grew up in a big house with four siblings, milking cows in the morning and stacking hay bales until his mother called them in for dinner. Life on the farm had always been busy. There was always something to fix, something else to move, and some sick animal all at the same time. A happy kid who became a content adult, he's a skilled hunter and fisherman, befriends any animal he meets, and couldn't possibly stick out more in the city. How, pray tell, did he get here? Mason Mayes is rather "bull-headed" as his mother says. He has no trouble choosing his battles - he just chooses all of them. Opinionated and rather set in his ways, moving to the big city was just the latest in the long line of topics he should've dropped. As the youngest of five children, ever with something to prove, he moved to the city on a bet with his oldest brother, Montgomery. Heated by a sibling rivalry from the first day Mason could shoot a gun, the two have always been pushing each other to their limits. Perhaps this time, Monty will win.
TWENTY-FOUR/ SINGLE/ NO CHILDREN
SKINNED BY ∆KI OF ADOXOGRAPHY. DO NOT STEAL. BEST VIEWED IN GOOGLE CHROME.